From what I’ve seen, the dominant narrative about the perpetrator of the recent shooting in Las Vegas is that he probably had a gambling addiction, might’ve been badly in debt, kept to himself, and didn’t really settle down anywhere. Notable, IMO, is the insistence that “he didn’t have any political or religious affiliation.” And of course there’s the “lone wolf” narrative – all very typical, sweep it under the rug, nothing to see here, just another shooting in the US. Argue amongst yourselves over gun control.

Oh and we’re not saying it was mental illness, but the whole narrative kinda implies it. Just saying…

I don’t buy it. Something about this whole scenario doesn’t feel right. There’s something we’re not being told.

Assembling an arsenal, sneaking it into a casino hotel room, that just so happens to overlook a country music festival … All that takes planning. I don’t believe he “snapped” – it must’ve been premeditated. Why would someone put time, energy, and resources into planning something like this? I don’t know, but usually it has something to do with bigotry.

And I’ve never heard of someone with an actual, professionally diagnosed mental illness doing something like this. When people are in crisis they may withdraw from social groups and activities, they may act in ways people consider strange, they may hurt themselves, and/or they may (rarely) pose a threat to someone else. They don’t open fire on hundreds of people.

I’ve probably said this before but I’ll say it again, we need to figure out why white men keep perpetrating unspeakable acts of violence. And we need to do something to stop it. Yes, now, before people forget about it or get swept up in the next atrocity. There’s something going seriously wrong in the US with how people think, how they treat each other, how they respond to tragedy. Everybody’s angry – and rightfully so – but the anger isn’t being used appropriately. We’re all at each other’s throats, or bonding in our hatred of someone or something, and white men are committing murder with impunity.

We need to stop it. Now.

I was so inspired to read about Antoinette Tuff, who prevented a mass shooting at her school by talking to the gunman – both trying to understand him, and trying to help him relate to her. She was terrified, but she did it anyway, and saved over 870 lives. Meet Antoinette Tuff. 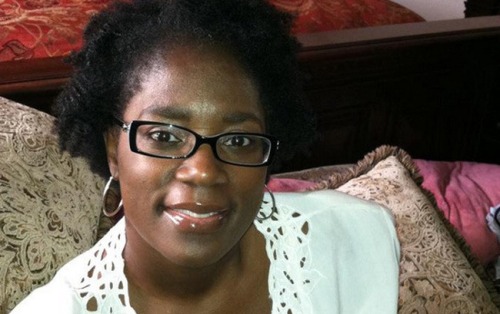 I’m concerned about a letter I received in the mail yesterday. It was from Gabby Giffords and Mark Kelly at Americans for Responsible Solutions PAC. They wanted my money, of course, and they had a petition to Congress for me to sign saying I’ll only vote for candidates who support requiring background checks for all gun purchases. Okay, that makes sense to me; considering the hoops one must jump through to get a driver’s license (a privilege, not a right), get a job, receive health care, etc., a 5-minute background check before buying a gun seems like very little to ask. Who knows how many lives it could save?

My concern is with the wording of their message, particularly regarding people with mental illness (such as myself). A quote from Gabby Giffords included in the petition shamed politicians for blocking legislation that would have made it harder for “criminals and people with dangerous mental illnesses” to acquire guns. The first sentence on the Americans for Responsible Solutions About page describes the person who shot Gabby Giffords as a “mentally ill young man.” They list who should be banned from buying guns via Criminal Background Checks: “dangerous people like criminals, terrorists, and the mentally ill.” It is important to prevent gun ownership by “criminals, domestic abusers, the seriously mentally ill, and other dangerous people.” Even in their Poll where they offer addressing mental illness as a solution that visitors can support, their focus is not on actually helping those of us with mental illness but on identifying and treating us “before they commit heinous crimes.”

People with mental illness are not a threat to society. We’re a threat to ourselves. During a panel on “Guns in America,” Richard Friedman (a professor of clinical psychiatry and director of a psychopharmacology clinic) said that:

only 4 percent of gun deaths annually in the United States can be attributed to individuals with mental illnesses ­— far lower than most people think. If America could hypothetically solve the problem of mental health issues leading to violence, “you’re likely to see a reduction in suicides, not homicides.”

This point is also emphasized in Margot Sanger-Katz’s article, “Why Improving Mental Health Would Do Little to End Gun Violence.” The people with mental illness who are at the highest risk of committing violence against another person 1) are unlikely to use a gun and/or commit murder and 2) typically do so early in the course of their illness, before there is an opportunity to “identify and treat” them (to use Giffords and Kelly’s terminology).

There’s a huge risk that the message Giffords and Kelly are sending will perpetuate the untrue stereotype that people with mental illness are violent and dangerous, increasing the stigma we face. That’s really the last thing we need! Their call to use background checks to keep guns out of the hands of people with mental illnesses so we won’t commit heinous crimes only addresses a tiny portion of the problem. I’ve made a series of diagrams to illustrate this point: 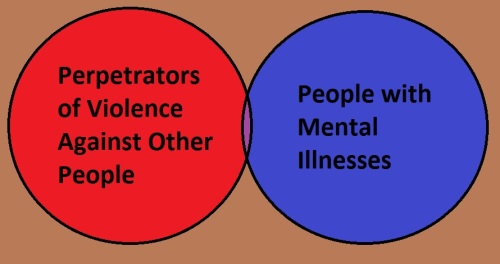 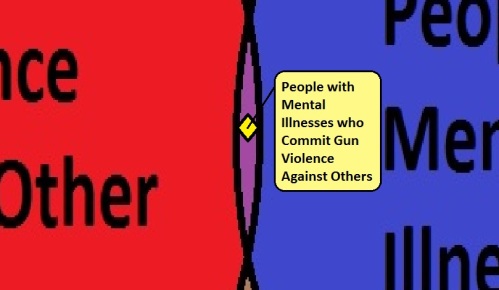 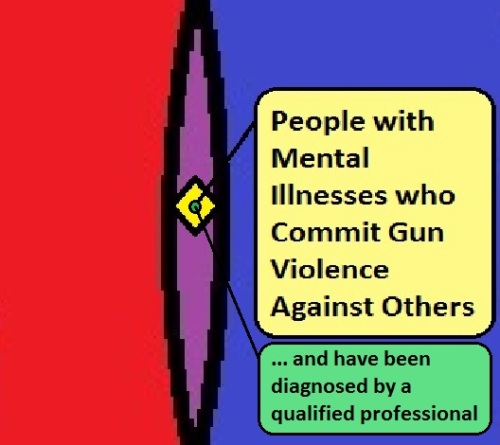 It is rare for a person with mental illness who commits gun violence to have an official diagnosis. It is even less likely that the individual is receiving – or has ever received – mental health care.

Preventing violence – particularly gun violence – is a whole separate issue. I suggest looking at our cultural values, particularly how violence / gun violence is glamorized in mainstream media (TV, news, movies, etc.). Who commits the violence, and against whom? Why? In what contexts? (e.g. gender norms; poverty; age/generational factors; race – including white people; access to education, healthcare, and/or employment; etc.) How can we change society to make it a safer place for everyone?

Maybe the first thing we should look at is the fact that gun ownership is a right, but access to safe, effective, and affordable food, housing, health care, education, employment, and transportation is not!