It’s been over a year since I conceded that I need medication if I’m ever going to recover from depression. “Recover” seems so far away, is it even possible? How can I “recover” from how I’ve been my whole life? Maybe “manage” is more appropriate. I need medication to manage the symptoms so I can live. 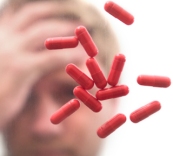 A year ago I learned of a study in my area that seemed like a good opportunity to receive medication, earn a small amount of income, and possibly even help others with depression through my contribution to research. I answered countless uncomfortable and redundant questions on the phone while feeling incredibly emotionally vulnerable. I let them take my blood (I hate needles). I submitted to other medical tests. I was honest, maybe too honest: I admitted to feeling suicidal.

The study psychiatrist seemed concerned when we sat down to talk about my participation. He said they would have to put me on a medication and just keep giving it to me for the duration of the study, whether it was working or not. In my case, he thought that wouldn’t be safe; that I should receive more personalized and flexible care – care designed to treat my depression, not gather research data. I appreciated his honesty. 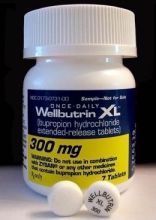 I can’t help wondering if this could have worked for me.

Wakana referred me to Psychiatrist A. He prescribed Wellbutrin and gave me 2 weeks worth of the actual brand-name drug. For the first week I took 150 mg/day and thought it was helping. In the second week I (following his instructions) started taking 300 mg/day and found it to be too much. He prescribed 200 mg/day, split over 2 doses. I received generic bupropion HCl when I filled the prescription.

I felt like it wasn’t working and wanted to increase to 250 mg/day. Instead, he added Lexapro. Due to a miscommunication, I ended up taking 200mg of bupropion HCl in one dose, followed hours later by the escitalopram (generic). I had symptoms of serotonin poisoning and became very upset when Psychiatrist A said they were due to “anxiety” but I could stop taking the escitalopram if I wanted to. I did so and, under his advisement, cut the 200 mg bupropion tablets in half so I could take 100 mg twice per day. I became incredibly irritable and was almost always angry with Fox, through no real fault of his own. Wakana and Psychiatrist A both urged me to stop taking the bupropion, so I did.

My trust in Psychiatrist A had been shattered, so I refused to go back to him. Part of my justification was that Fox’s sister – a registered nurse – had talked to him and expressed anger at how he responded to her. In other words, it wasn’t just me! But now, in hindsight, I’m wondering if there were factors none of us could see; maybe I was too quick to judge and too harsh in my judgment. I was seeing him through the same lens that makes me feel worthless, makes me overly judgmental of Fox, makes every obstacle feel completely insurmountable. I’m trying to look back at the situation through a different lens; who’s to say my perception now is any more accurate?

I had terrifying experiences while under Psychiatrist A’s care, and – whatever his intentions were – he failed to help me feel supported and cared for. Lens or no lens, I can’t risk that happening again.

a good depiction of how I’ve been feeling, both on and off sertraline HCl

I switched to Psychiatrist B just before starting this blog in December. At first I was hopeful that he would help me – if nothing else, he seemed very confident when he prescribed Zoloft. I, of course, received the generic, sertraline HCl, from my pharmacy. It made me very sleepy but seemed to help calm some of the chaos in my brain – the racing thoughts and raging emotions – without intolerable side effects. When I told him about anxiety-related symptoms I was having, he added Buspar; I received buspirione HCl.

At the very least, those medications haven’t been enough to help me through the difficulties I’ve been having this year: moving, the death of my uncle, having to drop my graduate courses, Mom’s surgery, Fox moving in with me, my rats’ health issues. It’s hard to say whether they’ve been hurting – via side effects such as increased sensitivity to clanging sounds, suicidal ideation, and temptation to self-harm.

Whatever was going on with the medications – I’ve been off them for about 2 weeks now, so they should be completely out of my system – the bottom line is Psychiatrist B didn’t take my symptoms seriously either. He interrupted me in the middle of telling him about my suicidal and self-harm thoughts. He wouldn’t talk to Wakana about my case. He didn’t seem to care at all.

Okay, maybe it’s not really a psychiatrist’s job to support his patients emotionally. It’s his job to evaluate their symptoms and prescribe medication. Psychiatrist B failed to do his job. He interfered with my ability to report on my symptoms. He did not seriously consider the connection between my reported symptoms (suicidal ideation) and known side effects of the medication he was prescribing (also suicidal ideation)! Whether I am inclined to act on the thoughts or not, they are extremely disturbing – and quite the opposite of what successful treatment of depression should entail.

I’ve been procrastinating, but Wakana has been urging me to actively search for Psychiatrist C. On Tuesday, July 9th, she supervised while I searched my health insurance company’s website for potential psychiatrists in my area and called one.

The psychiatrist’s receptionist called back on Wednesday; I returned her call on Thursday. She asked a few questions (What are you coming in for? What medications have you taken previously? Any substance abuse?) and said that the doctor would contact me to make an appointment if she thought she could help me.

Excuse me? I felt like I was applying for a job – when, really, it should be the other way around! I couldn’t even make an appointment because I felt the need for one, sit and talk face-to-face with the Almighty Doctor before she made a decision about me! (I should be the one evaluating and making a decision about whether she’s worthy to treat me!) What is this?

I expressed my anger to Wakana and she agreed that that is no way to treat a potential client. It’s been a week, by the way, and I have yet to hear back from the psychiatrist. To be honest I didn’t really expect her to call me, and I’m not holding my breath until she does.

Riding the wave of my swelling anger – that is, energy – I went to HealthGrades to try and find a psychiatrist in my area who is recommended by patients. I have contact information for one who received 5-star reviews from all 9 of the people who reviewed her. She has 2 offices, both of which are within 15 miles of my home. And I was also able to find her on my health insurance company’s website.

All I need to do is pick up the phone … but that’s where the wave crashes into the shore and I’m left lying there, soaked in sand and struggling to breathe, feeling like any moment the undertow will pull me back out into the ocean. I don’t want to experience any of these disappointments again: the unreturned phone call, the discomfort reporting my symptoms, the lack of being taken seriously, the unhelpful and potentially harmful meds. So it’s been a whole week and I’ve “done nothing” to secure the health care I need; how can I expect anyone to take that need seriously?

I’m trapped behind a lens through which every obstacle seems insurmountable, every effort doomed to failure, nobody cares, and I don’t really deserve the help I need, anyway. Somewhere there’s the tiny part of me who knows that none of this is true, that hopes that if I just keep trying I’ll be successful, eventually … but right now its voice is very soft and, through the lens, it looks quite naive. Asking me to call another psychiatrist is like if someone had told my mother she had to climb Mount Everest unassisted in order to get her knee replacement surgery. (No one climes Mount Everest unassisted, even if they’re in “perfect” shape.) The reason why she needed the surgery is because her knees were hurting her so much she could barely climb the stairs.